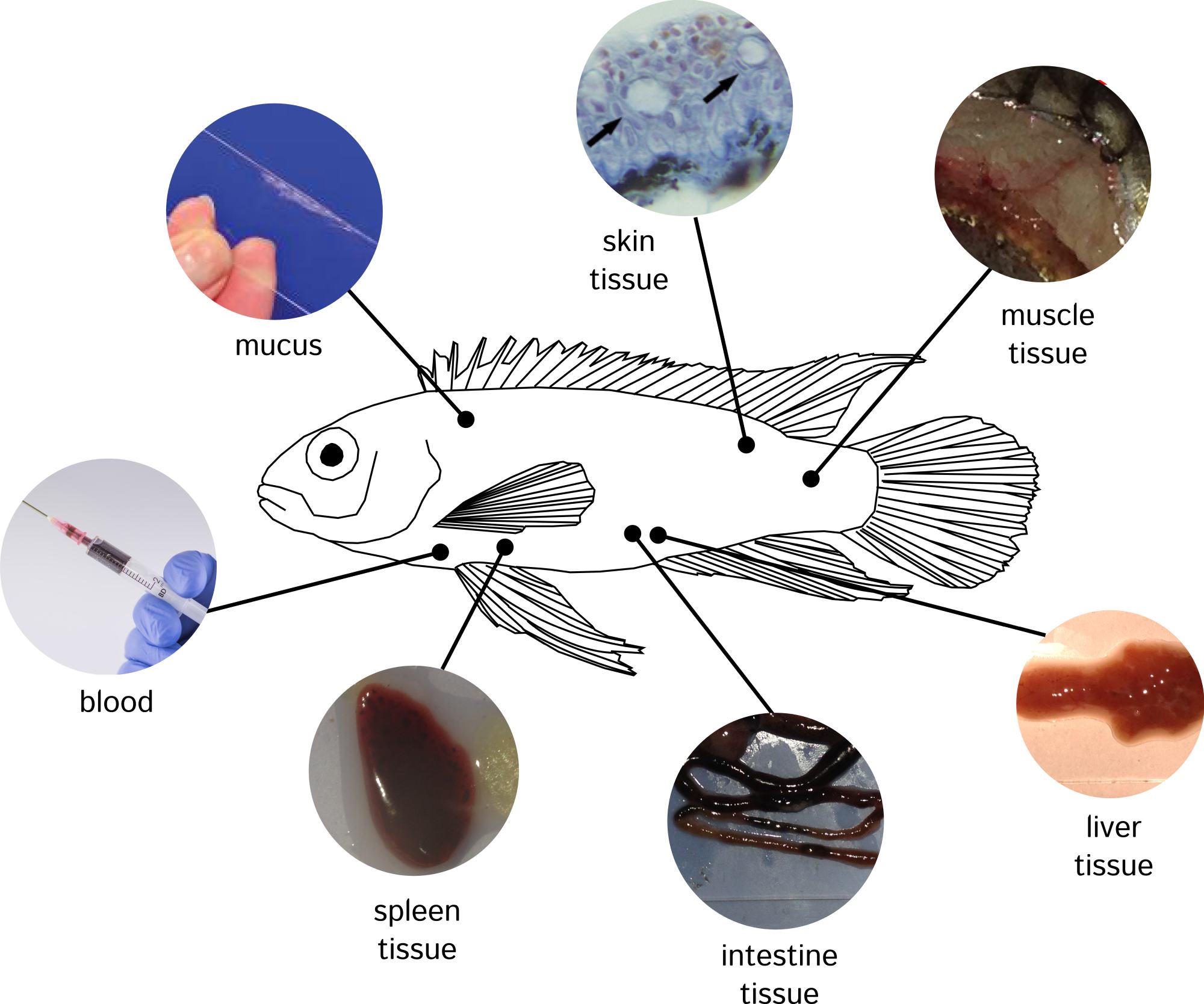 When a fish is injured by a predator, its injuries release a cue that is recognized and avoided by conspecifics. This phenomenon was first observed by Karl von Frisch in 1938. In exploratory research, he cut the fish’s skin with a knife and found that other fish avoided the injured individual. Then, he also tested extracts from the fish liver, spleen, gonads or the heart with the same shoal and did not observe any response. An extract of fish muscle or the intestine instead caused intermediate responses. Numerous following efforts to reveal the chemical identity of these alarm cues have thus been focused on skin extracts and their chemical components. In 1961, Wolfgang Pfeiffer observed that the presence of club-shaped cells in the skin correlates with exploratory observations of an avoidance response towards skin extracts across species. These cells were now referred to as “club cells” and for decades assumed to contain these alarm cues.

However, recent studies have suggested that fish likewise show an avoidance or other anti-predator responses towards fish blood and fish muscle tissue. Hence, I set out to reveal the location of the alarm cues in the cichlid fish Pelvicachromis taeniatus. For this purpose, I prepared extracts from seven different tissue types (see above figure) and exposed conspecifics to these extracts. As a response, I measured individual activity, which usually decreases in the presence of predators so as to be less conspicuous. I also examined the skin of this species histologically. The results revealed that despite the presence of club cells in its skin, Pelvicachromis taeniatus responded most strongly towards muscle tissue extract. However, responses to muscle tissue were not very different from responses to the other extracts. This suggests that alarm cues are not located in only one part of the body but – in different concentrations – present throughout the whole fish body. This makes sense from an ecological perspective as attacking predators are unlikely to injure only one tissue in their prey.

These findings have been published in a special issue of Evolutionary Ecology Research as a contribution in honor of my recently retired doctorate supervisor Theo C.M. Bakker. I welcome you to also read the other articles within this special issue, all impressive studies written by former students of his.